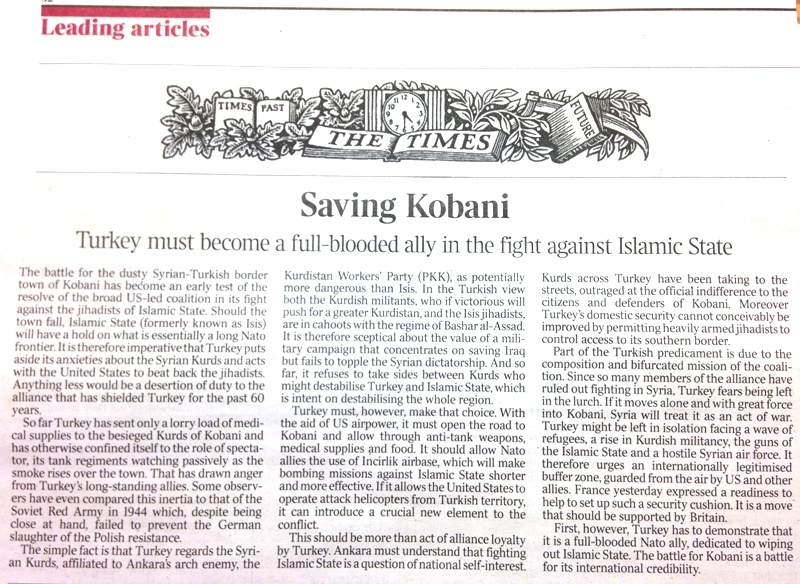 This article in today's edition of the London Times clearly states that it is time that Turkey recognised that a member of NATO it has a duty to make a stand against IS. It can no longer sit back and watch the continuing tragedy of Kobani. There are benefits to be gained from being a member of an association such as NATO but there is also a duty that you owe to fellow members. Turkey failed to perform its duty in 2003 but cannot due so again when the eyes of the world are watching.

After all if Turkey was attacked by Russia or Iran would it not expect its NATO allies to come to its assistance. Fail in its duty now and it will find it stands alone.
Posted by Talib Murad Elam at 1:21 PM