The Kurds in Iraqi Kurdistan are holding a referendum to discover if the people of Kurdistan want to seek independent but also working hard to get a Kurdish President for Iraq. So there is no present intention to split from Baghdad.
Posted by Talib Murad Elam at 8:27 AM No comments: 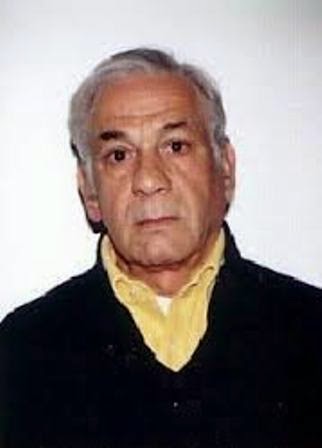 It was with deep sadness that I heard yesturday of the death, in Rome, of my good friend Zuhair Abdel Malik. I have enjoyed Zuhair’s friendship for over 20 years and whenever I was in Rome we met up and I often stayed at his home in the hills outside Rome.

Zuhair, who was well known by” Hamid Fayli”, was born in Baghdad and graduated from the University of Baghdad in 1962 before joining the Kurdish revolutionaries in Iraqi Kurdistan. He was a writer and broadcaster in Arabic for Free Kurdistan Radio which was the small radio station belong to the Peshmerga  before going to Morocco and from there he was able to go to France to study for a Ph.D. in linguistics. His doctorate enabled him to gain a post in the FAO-UN headquarters in Rome as a translator and eventually he became head of the Arabic Department at FAO (UN). Zuhair worked for FAO for almost 30 years and during that time he wrote and translated  many books  and articles on the Kurdish problem. He may have been in Rome but his heart was always in Kurdistan. His late wife, Perween was the daughter well known family  in Sulimani and together they were blessed with several children and grandchildren and my thoughts are with his family at this sad time.

Following his retirement 10 years ago Zuhair was suggested as an alternative FAO Representative for Iraq but the proposal did not receive any support from his fellow young Kurds  & Iraq FA Ministry , sadly, were too young to know him.

My family,together with Zuhair's close friends, extend our sympathy to Brenda who was Zuhair's partner for more than 20 years. She was devoted in her care for him and we all knew how happy they were together. Our thoughts are with you Brenda at this sad time.

Zuhair was a Kurdish stalwart in Rome and a pillar of the Fayli community in Europe and a very proud man.

I will greatly miss my friend. May he rest in peace.
Posted by Talib Murad Elam at 1:42 AM No comments: