Talib Murad
UK South Wales 13.10.2014
There is growing concern in the UK over the failure Sunni Gulf States, in particular Qatar, to take action against their own nationals who have directly funded, or facilitated the funding of, terrorist groups including ISIL (Sunday Telegraphs 12.10.2014) . In particular, according to Hilary Clinton, Qatar has the worst record of any country in cooperating in counter-terrorism. MPs in UK are calling for a review of British trade with the Gulf State while there is growing public concern over Qatar’s role in financing terrorism leading to the formation of action groups calling for a boycott of the Qatari owned Harrod’s store in London and raising public awareness of Qatar’s commercial interest in other UK landmarks and well known companies. The news of a catastrophe anywhere in the world always results in the British public contributing whatever they can afford to give aid to those they see in need of help and now the barbaric actions of ISIS generate an urge to hit the terrorists in some way so the boycott of any company or financial institution with Qatari’  interests will be more than welcome.
Salim Hasan Khalifa Rashid al-Kuwari was employed by the Qatari government although he was officially designated as a terrorist by the US. Al-Kuwari channeled hundreds of thousands of dollars to al-Qaeda through a terrorist network while working in Qatar’s Ministry of Interior! Al-Kuwari was working in the Ministry of Interior’s civil defence department and listed as a terrorist by the US in 2011. He was arrested and questioned in 2009, returned to his work and then arrested again in 2011 yet he lives freely in Doha and Qatar refused to comment on his status last week. Qatar is accused of financing  terrorists throughout the Middle East, North Africa, Afghanistan and Pakistan either directly or by providing a safe haven for those that do so and Qatar now provides more private donations to terrorist groups than does Saudi Arabia. Within the coming weeks the US will publish a dossier of in which it will name around 20 Qatari’s or Qatar-based financiers who, like al-Kuwari, are accused of financing terror organizations.

In 1992 the Qatari government employed Khalid Sheikh Mohammed, who would later be named as the mastermind of the 9/11 attack on New York’s Twin Towers, and who fled Qatar in 1996 when the US wanted him for a car bomb attack on the Twin Towers in 1993. Mohammed had reportedly been warned by a senior official in the Qatari of the American plan to arrest him. In 2009 Khalifa Muhammad  Turki al-Subaiy , who has connections with people in the upper echelons of Qatar, was jailed for 6 months for his role in funding Khalid  Sheikh Mohammed. Al-Subaiy had worked for Qatar’s central Bank and there were hints of connections to the then Prime Minister Hamad bin Jasmin bin Jaber al Thani. On his release in 2009 al-Subaiy was added to the UN’s list of individuals subject to targeted sanctions because of their terrorist links.  Last month the US Treasury released documents alleging that al-Subaiy is currently funding Islamist terrorists in Syria and Iraq while Qatar refuses to comment on Subaiy’s current status.

Another Qatari who is on both the US and UN blacklists is Abd al-Rahman bin Umayr al Nuaymi (see picture) who is accused of sending 1.25 million pounds sterling a month to a group of al-Qaeda jihadists in Iraq that was the fore runner to ISIL. Al-Nuaymi, was a senior figure in Qatar and was associated with the Qatar Football Association and the Sheik Eid bin  Mohammed el Thani Charitable Association, but he is also accused of financing al-Qaeda in Syria. Last week, a human rights charity that al-Nuyami set up in Geneva, said that he was not under arrest in Qatar.
Meanwhile Qatar’s Minister for Foreign Affairs, Dr. Khalid bin Mohammed Al-Attiyah, has said,
“The State of Qatar does not support – in any way – the radical groups who are terrorizing innocent citizens and destabilizing the Middle East. As we have stated repeatedly, again and again, we believe their actions are evil, abhorrent, and antithetical to all that Islam stands for.
“Our efforts to counter terrorism include many actions and initiatives. Internally, our Ministry of Finance and our central bank work closely with other governments to counter the financing of terrorism.
“Our Ministry of Internal Affairs also works closely with Interpol and other international security forces. Externally, we are a member of the Global Counter terrorism Forum.”
Well Dr. Al-Attiyah may believe what he says but it does not ring true. Doha’s lack of action against those, who are recognised by the UN and other countries as individuals financing terrorism, is indicative of a lack of action by the Qatar government in fighting international terrorism. It is time that other countries put pressure on Qatar to take action against these men instead of leaving them free to pursue their terrorist activities and the resultant deaths of thousands of innocent people.
Reading the article in the Sunday Telegraph on Qatar’s links to al-Qaeda has given me the opinion that these men in Qatar have too much money and so little to do that they resort to playing with people’s lives in the way that school boys play with toy soldiers. What pleasure do they get from it?  They are as evil as the terrorist who kills the innocent child or feeble old men and women and, whatever the religion any one of us believes in, no heavenly life after death awaits such evil doers. They should be confined to prison and, as the saying goes, the key to their cell can then be thrown away! 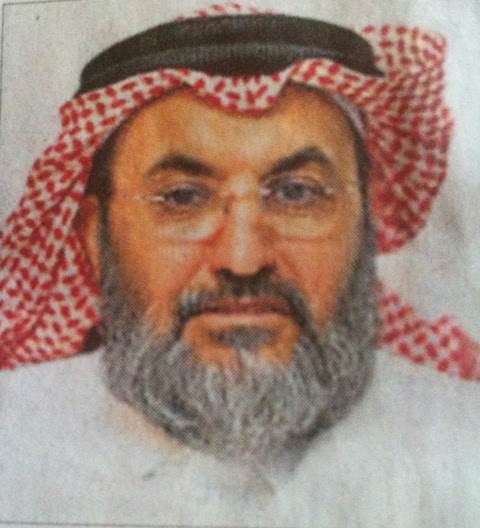