What do Chemical Ali and Erdogan have in common? 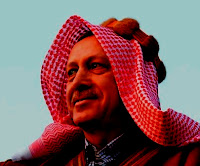 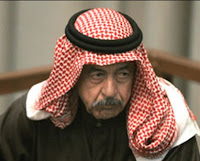 Accused of killing 182,000 Kurds, mainly women and children at Halabja in 1988, Saddam's cousin Ali said there had only been 100,000 victims. When asked about the 1915 genocide of Armenians by the Ottomans, Erdogan said that less than half a million were killed not the 1.5 million recorded in history. Both refer to human deaths like swatting flies. Chemical Ali was consigned to hell while Erdogan will one day face a jury's verdict.
Posted by Talib Murad Elam at 4:01 AM