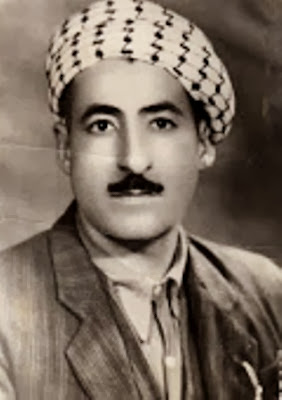 
Forty years ago today my father was murdered in a street not far from our house in Baghdad when he was run down by a car driven by Ba’athist henchmen of Saddam Hussein and the notorious Nathum Kizar. I was a Ph.D. student in Britain at the time and one night, three months later, my mother and sister were thrown out of our family home, all our possessions were looted, and my mother and sister were forced into the back of an army truck and taken into Kurdistan and eventually abandoned with only the clothes they stood up in! Eventually my mother and sister reached Iran. My wife and children cannot understand why no one has been brought to justice for these crimes against a defenseless family forty years ago and why nothing has been done to investigate this in the decade since Saddam was overthrown. Such crimes, based on the ethnicity of families, were committed against thousands of other Faili Kurds yet Ba’athism continues while Nazis who committed similar crimes against Jews some thirty years before have been punished and indeed are still being pursued throughout the world and brought to trial.
Posted by Talib Murad Elam at 2:41 AM